Competitors have dodged a couple of weather bullets to complete this year’s Manawatu Regional with Craig Anderson emerging as a deserved winner.

The top three at the event - on the Manawatu River (near Palmerston North in the lower North Island) held across Saturday 11-Sunday 12 December – were 1st Craig Anderson, 2nd Kriss Stravs and 3rd Tim Anderson.

There were some fine performances from the female anglers as well with Wendy Lu, Louise Stuart and Heather Carrington placing 4th, 5th and 7th respectively. The largest fish of the weekend was a 59cm brown caught by Kriss Stravs. A number of rainbows caught were also in the high 50’s.

Special mention goes to 15-year-old Tyler Green, on his SFFNZ competition debut, who placed 3rd in Saturday’s afternoon session and joins a growing band of young comp anglers showing promise for the future. Welcome onboard Tyler.

Top placed Craig though is currently making competition fishing look easy, with two events entered this season and two victories under his belt, following his earlier win at the National Pairs on Lake Rotoaira. He was also the organiser for the event and said the anglers got lucky with the weather.

“Anyone who has organised a river regional knows that it’s a recipe for sleepless nights,” said Craig. “I’d already cancelled once and earlier in the week 160mm of rain had fallen in the Tararuas, colouring up the lower Manawatu. Fortunately, the Ruahine Ranges dodged a bullet and the upper Manawatu was low and clear. Rain was again forecast during the weekend and by Sunday afternoon the river was unfishable but fortunately we still managed three 2-hour sessions.

“Saturday was very warm with water temps reaching 22°C. However, 58mm of rain starting in the early hours of the morning meant a very damp third session. Throw into the mix withdrawals the day before the competition due to illness, random swimmers, skinny-dippers, a helicopter filling a monsoon bucket between beats and an unwell competitor all made the experience more memorable.”

Notwithstanding all of that there was some fine fishing to be had and all anglers got to do battle with some powerful trout throughout the weekend. Craig said he felt fortunate with his draw for his first two beats.

“The first two sessions I drew on Saturday were both beats I had fished before,” he said. “My game plan was to start at the top of both beats in the fast, rapidy, well-oxygenated water, pluck a few out and when it slowed fish the rest of the beat, then re-fish the top for the final 20 minutes. It didn’t really work out in the first session as the top was loaded with fish so I spent the whole time there. I hooked 20 and lost a few. Tyler Green in his first competition fished the beat in the afternoon and landed another 7 for an exceptional 3rd place. It ended up being the top producing beat.

“In the afternoon on my second beat I again started at the top and was into fish immediately in the fast water. I fished the middle of the beat for a while among the papa and there were plenty of willing fish there as well. I dropped 9 or 10 fish but still won both sessions.

“Going into the final day I had a comfortable buffer and knew I only needed to finish in the top six to win. However, my final beat had only produced two fish in the previous 4 hours of fishing so I knew it would be a challenge. Sunday was a stark contrast to the previous day.

“The rain had started in the early hours of the morning and never let up. I was concerned that the river may colour up during the morning but it held off. I started at the bottom of the beat on my knees with a dry/dropper to entice the browns along the edge. With the rain and dull light I couldn’t spot any fish but still managed to scare a couple that were in ankle-deep water. About halfway along the beat I decided to swap to my euro rig so stood up and immediately saw a nice fish about 10 metres out so swapped back to dry/dropper. First cast landed slightly to the left. He came straight over, my dry didn’t move but I was sure he had taken the nymph so struck anyway and landed a nice 52cm rainbow.

“I then czech-nymphed the top half of the beat fishing every piece of water I thought could hold a fish but only managed a couple more rainbows. I tried along a foam line and under the willows with dry/dropper and swinging a woolly with a trailing nymph but no interest at all.

“This river keeps you on your toes and the fish sure move around a bit. Ironically I probably enjoyed fishing this beat the best and better still didn’t drop a fish after swapping out half my flybox overnight. Three fish was good enough for a 5th place and the overall title.

“A big thankyou to everyone that made the effort this close to Christmas. A special congratulations to 15-year old Tyler on his first comp and well done to the ladies who finished just outside the top three.”

Thanks are also warmly extended to Craig for a really well-run competition under trying circumstances, to Fish and Game, and to the landowners who so kindly allowed access to the river across their property. We couldn’t hold these events without you. 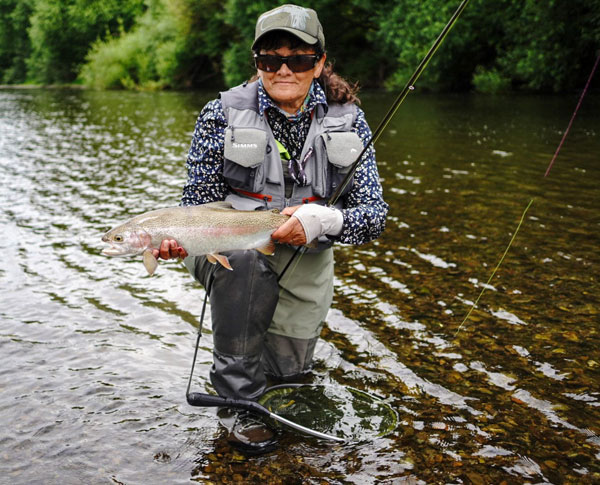 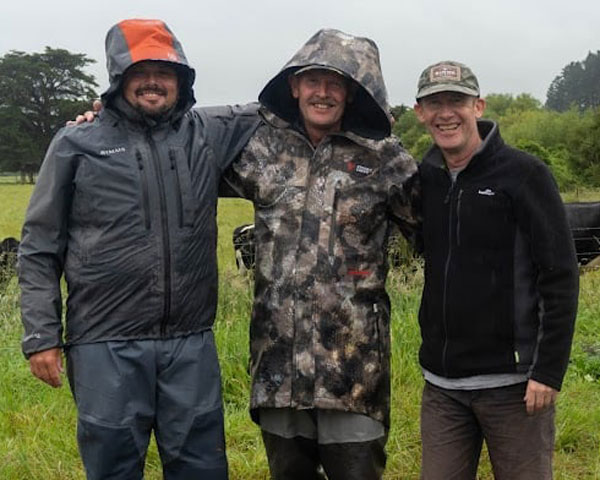 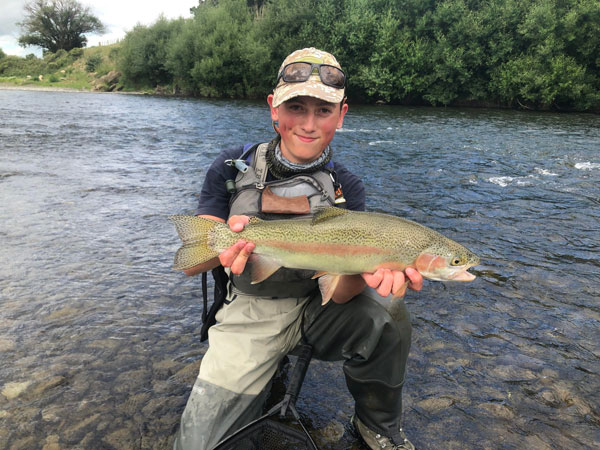 15-year-old Tyler Green getting amongst the fish in his debut comp. 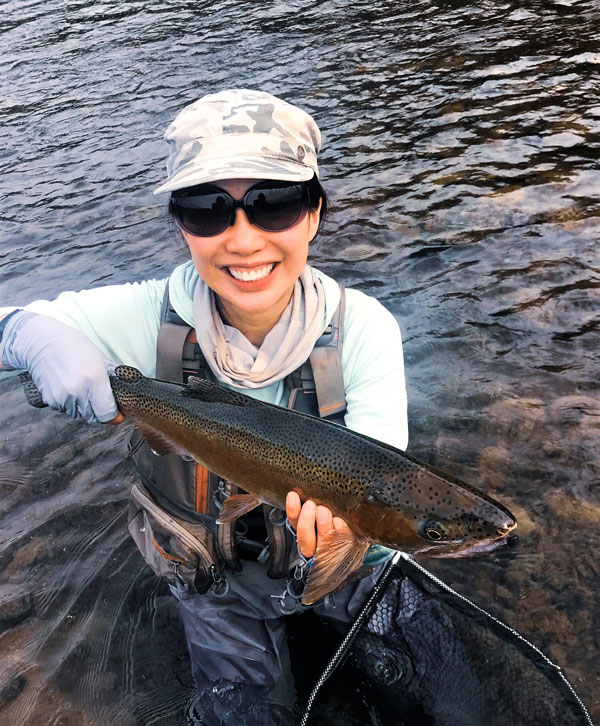