Ollie Bassett has claimed his second successive victory of the river season with a dominant win at the Manawatu Regional Championships (3/4 October).
19-year-old Ollie won all three sessions to finish well clear of second-placed Mark Clasper and third-placed Craig Anderson. The win backed up Ollie’s triumph in the Hamilton Regional Championships held on the Waihou River two weeks ago.
“I’m really happy to win, it feels great” said Ollie. “It was a great competition and I would like to thank the organiser Craig Anderson for one of the best organised competitions possible. He provided each angler with beat maps, instructions and detailed directions of how to get to each beat, which was outstanding. We were also lucky with the weather with plenty of sunshine and not too much wind, and also a non-flooded river.
“I enjoyed fishing different techniques like dry-dropper and wet-lining to cover all the water, and it was great to watch others fish different ways as well. I like to see how everyone fishes their beats as it helps me to learn all the time.”
The competition was contested by 10 anglers in beautiful conditions with the Manawatu River dropping back after some recent high water levels. The much-vaunted wind that the area is noted for did not materialise, which was bad news for the local wind farm, but good news for the anglers.
“Last year the Manawatu Regional Competition was held on the Mangatainoka River due to a dodgy weather forecast,” said competition organiser Craig Anderson. “This year it returned to the upper Manawatu River which had been high and murky for the last couple of months but cleared and dropped to be in perfect condition for the weekend. Coupled with calm settled weather it provided a recipe for some exciting fishing which proved to be the case. Thankfully after a couple of lean years due to extreme summer conditions this fishery is recovering well, if the number and condition of the fish is anything to go by.”
The fish were overwhelmingly in stunning condition and consequently gave a great account of themselves; with many anglers reporting a lot of hooked but then lost fish. The biggest fish of the weekend went to Nick Langdon who landed a 60cm rainbow.
SFFNZ would like to thank Craig Anderson for organising this wonderful competition! 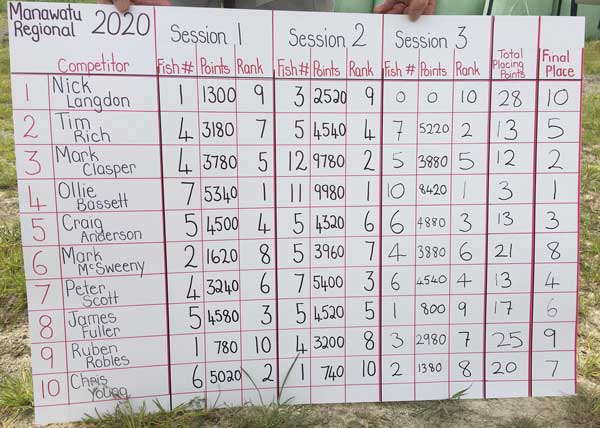 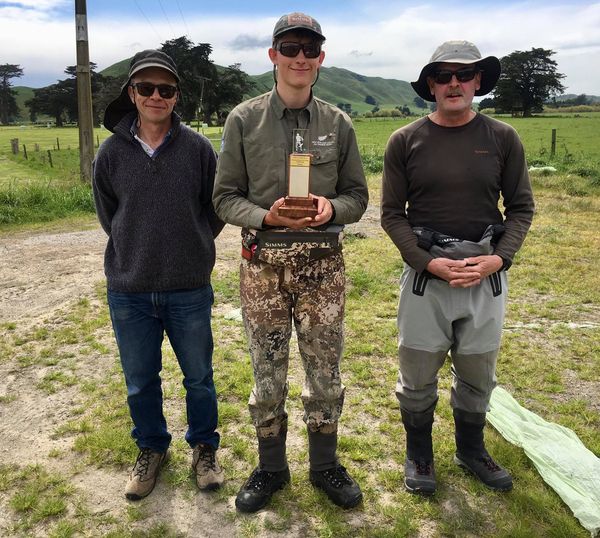