Another good turnout saw 28 anglers take to the lake on Saturday morning in a moderate south westerly wind. Plenty of boats had been practising right up until the start of the competition with some of the traditional “hot spots” seeing a lot of pressure.

Session one saw Dan Comer land 13 fish for first from John Bell and Mark Clasper second equal with 11 fish and the same points numbers. In the second session the wind increased from the same direction. Tony Houpt took out first place with 15 fish from Dan with 11 and Yoshi third on 9 fish.

Sunday morning dawned calm and fine. Most boats headed to the western end of the lake however with so little wind the fishing was hard at this end. At the Poutu end of the lake the wind was at least present enough to move the boats along. Tony took out session 3 with more points from 10 fish than Nick Lyon’s 11. John Bell was consistent as ever with a third placing on 7 fish.

The final results saw Yoshi Nakagawa and Hiroshi Ikematsu take the top Pairs prize by one point from Sam Bourne and Tony Houpt, with Mark Clasper and Michael Tollenaar third.

The individual honours went to John Bell in first from the veteran Neil Hirtzel in second and Tim McClew in third place.

Thanks must go to those that organised the event and in particular the sponsors of the event, Rod and Reel, The Park Travellers Lodge and Stolen Rum. 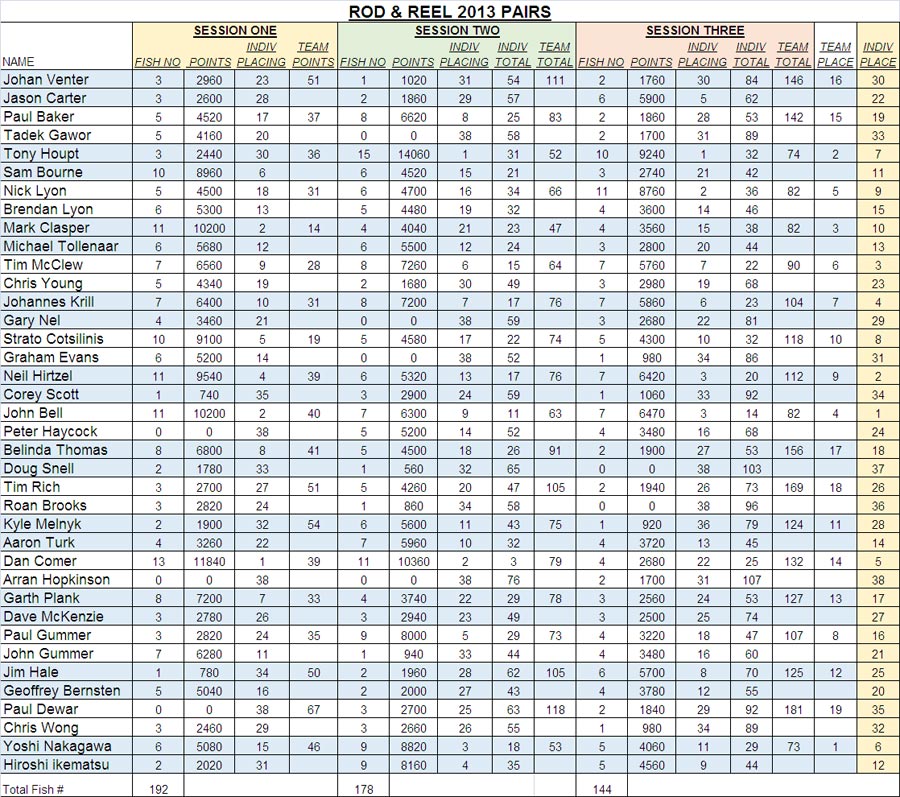 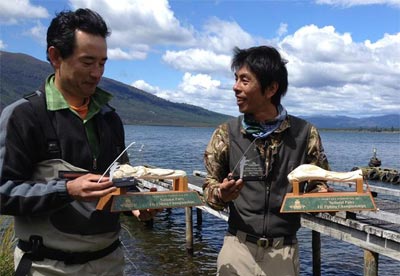