SFFNZ AUCKLAND REGIONAL CHAMPIONSHIPS 2022- OHINEMURI RIVER.
This weekend past saw 12 anglers take advantage of the stunning weather and the long weekend to vie for Auckland Regional Fly Fishing Champs. Competition organiser, and SFFNZ living legend Aaron West had the following to say, “It was great to see the Auckland Champs back on the Ohinemuri River. It is quite a technical river to fish which rewards those that make good decisions and fish well.
The scores were close between the top half of the field, meaning it came down to the wire.”
And come down to the wire it did, with Murapara born-and-bred Billy Thrupp and Dan Comer taking first and second on equal points, with Billy taking the overall title on countback. Rounding out the podium was Napier angler Nick Lyon, with a very strong start to his 2022 river campaign.

Billy had the following to say after yet another podium finish: “firstly thanks to Aaron for doing a lot of the hard work in organising this competition and to Mark Clasper for assisting with marking the beats. The Ohinemuri is a hard river and the fish you hook you must land as that maybe the the only shot you get. I’m stoked to get the win it was a first for me after a run of seconds on the podium over the years. It was a hard competition, and Dan fought back and nearly had me in that last session. It was awesome to share the podium with Dan and Nick, and it was great to see the number of anglers who travelled far and wide to fish this competition – including Ruben Robles who once again made the long trek up from Wellington and was rewarded with two very good fish in the last session in what was it was challenging water. It was also great to see a Sean James competing in what is hopefully the first of many competitions, as well as seeing Aaron and Sam Bourne picking up their rods and competing again.”

Aaron further stated “Those three on the podium definitely earned their spots. For me personally, it was my first competition in a while and I really enjoyed the challenge, even though my own result was a bit disappointing. It was a good friendly atmosphere with a mix of some experience heads, and up and coming anglers. The weather was fantastic, and the river was in good condition. And it was pleasing to see the fish numbers held up during the three sessions, with the last session producing the most fish.”

SFFNZ would like to thank Aaron, Billy, and Mark for all their work in marking out the beats and for organising and running the event. Also, a big thanks to Auckland Fish and Game for allowing us to hold the event on the Ohinemuri River. And last but not least, thanks to all those that turned up and made it a great event.

Some stats:
Longest fish 45cm
6 Browns/61 Rainbows caught and released
Fish were in good condition with the majority being small rainbows around 30cm long, with a few fish over the 40cm mark. 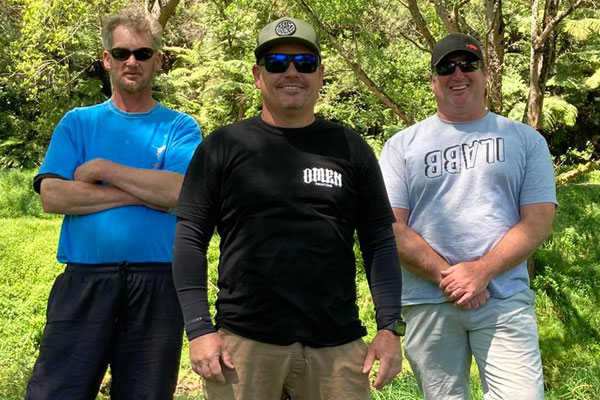 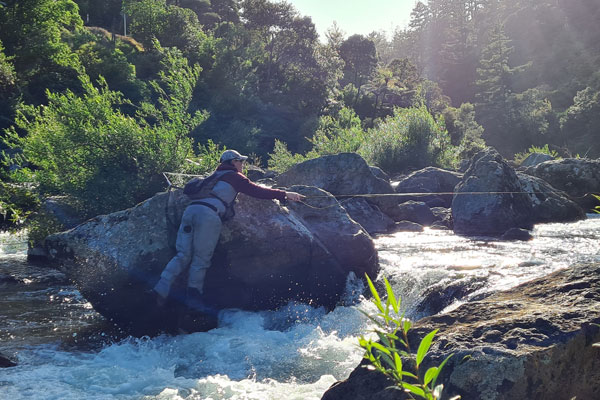 Tricky place to fish on the Ohinemuri. 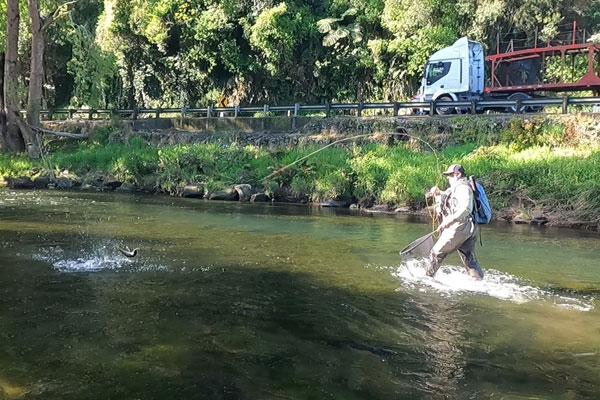 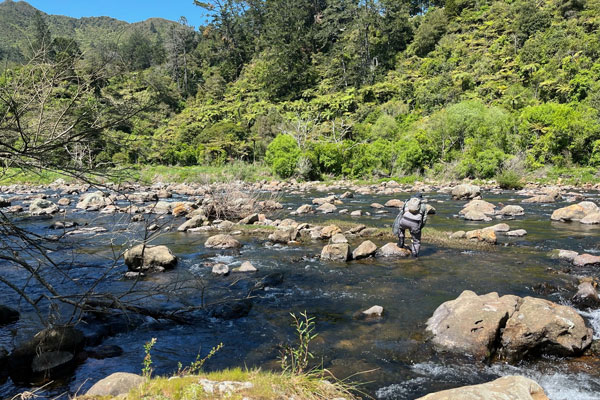 Nice fishing water on the Ohinemuri