The National Pairs Championship is one of the most well-received and participated events of the SFFNZ calendar year. Held on Lake Rotoaira this event is seen as a mix of fun as well as a chance for newbies to competition to come along and join in to experience what competition fishing is all about, the camaraderie, the laughs, the knowledge passed on and of course the spirit of competition. Being a Pro-Am event it is encouraged that anglers pair their teams up with what is deemed a Pro (having represented NZ before at either an Oceania, Commonwealth or World Championships) and an Amateur (an angler who hasn't yet competed in an international comp)

Lake Rotoaira is a phenomenal fishing venue which leads itself well to Loch Style fishing(drifting boats) where two anglers will fish from the same boat having 90 degrees of fishable water each in front of them in the direction of the drift. Targeting water depths and weed bed drop-offs to locate and catch the fish.

Saturday dawned calm and sunny and the first session was held at the Wairehu Canal end of the lake. The practice data in the lead up to the competition suggested that the Lake catch record would be threatened, and it wasn't wrong with both Lloyd Struthers and Dan Comer finishing on 23 fish each over the 3-hour session 4 short of Des Armstrong's record set in 2015.

The geographical nature of this lake means it can cut up fast and is not to be taken lightly even on a calm day as competitors found out returning back to the boat ramp at the completion of the first session when the Lake cut up within minutes and 1-metre white caps appeared out of nowhere. This forced a safety decision to shift the second session to the Poutu Canal end of the lake, which threw the cat amongst the pigeons, however National Champion Cory Scott who came out of retirement for this event, driven by the fun aspect of the event, managed 13 fish for the session, with newcomer Bradley Dubois fishing sensationally with 10 fish well clear of most of the rest of the field who ranged from 3-6 fish.
Sunday dawned a polar opposite in conditions and the third session was glassy with no drift and bright, which saw some tactical decisions by several front-running anglers to head out deeper coming back to bite them. With a light riffle close to the shore developing the shallows once again, like in the first session delivered some numbers with Nick Lyon and Billy Thrupp sticking to their plan and Dan Comer continuing to do what he did the entire comp and he took the individual win from Billy Thrupp and Johannes Krill.

However, the focus of this event is on the teams and the winner of this year's National Pairs Title were:

A special mention to our newcomers Claudio Wyss, Bradley Dubois, Mitchell Smith, James Fuller, and our women competitors who are vying for a spot in the Commonwealth Team which will be held on this very venue Rachel McNae and Theresa Bilby. Also to Nick Lyon and Tim Anderson for co-organising the event.
There were 613 fish caught over 9 hours of competition, with Cory Scott taking the biggest fish a 57cm Rainbow Jack.
A big thanks to the amazing supporting sponsors of this event in Taupo Rod and Tackle and The Apple Press. Taupo Rod and Tackle have one of the largest supplies of fly tying gear in the country as well as catering for all your fishing needs while in the Taupo region https://www.tauporodandtackle.co.nz/
And The Apple Press https://theapplepress.co.nz/ is a homegrown juice straight out of Hawkes Bay which is taking the world by storm, it is available at many leading supermarkets and outlets.
And a special mention must go to the Rotoaira Trust Board who allow us to use this venue year in year out. Many thanks for the use of your wonderful resource!!

Thank you Cory Scott for the images below. 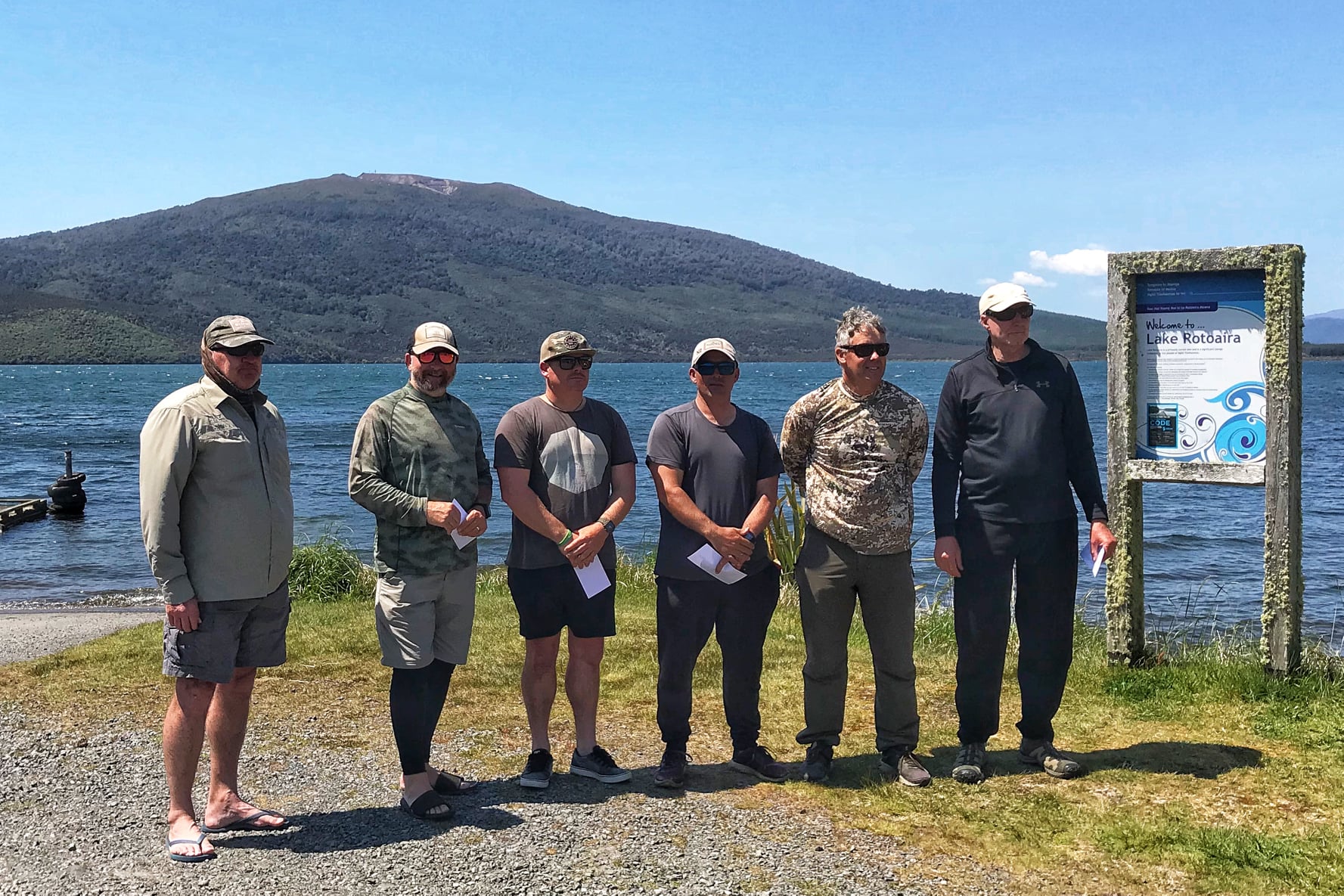 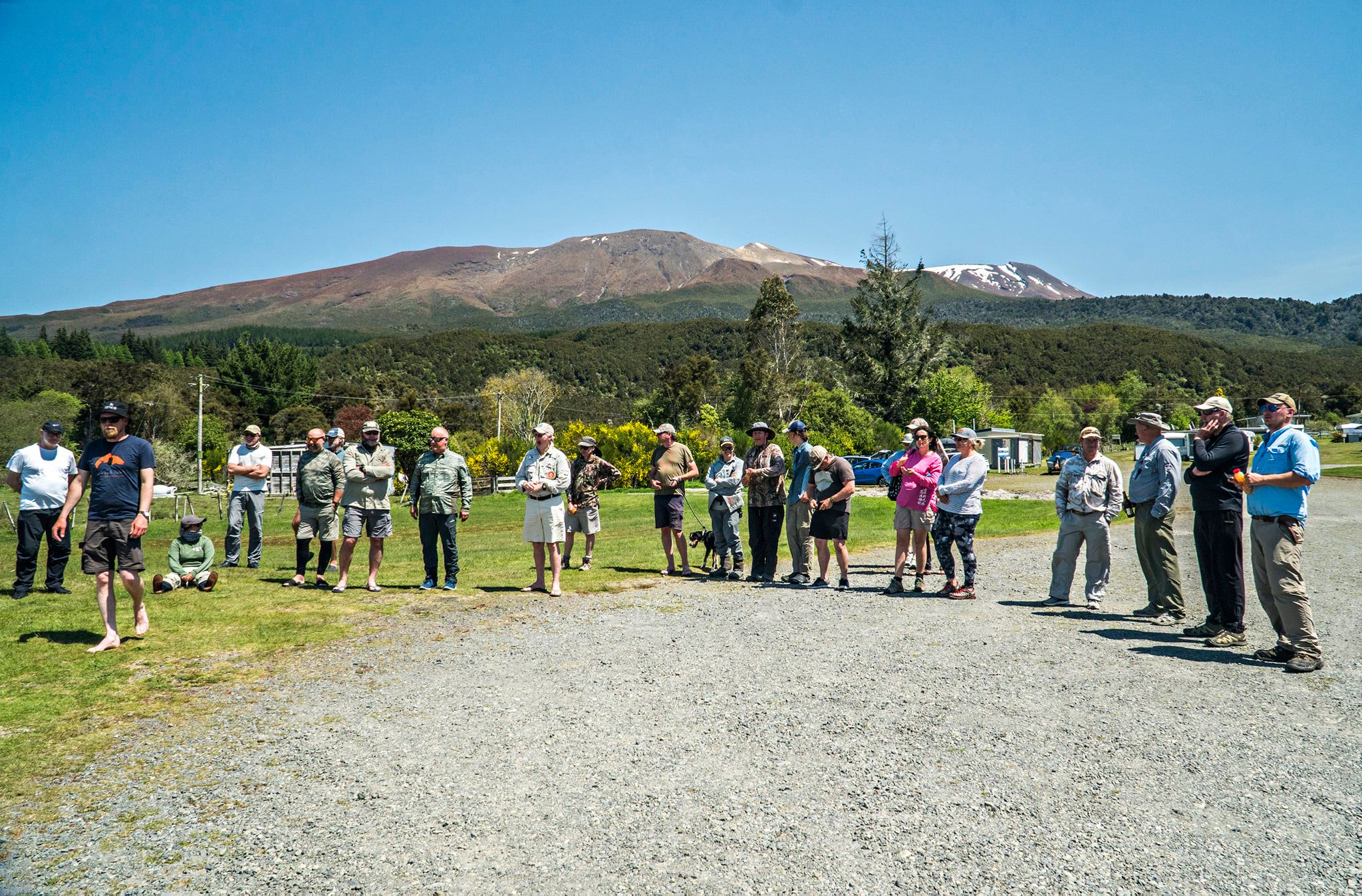 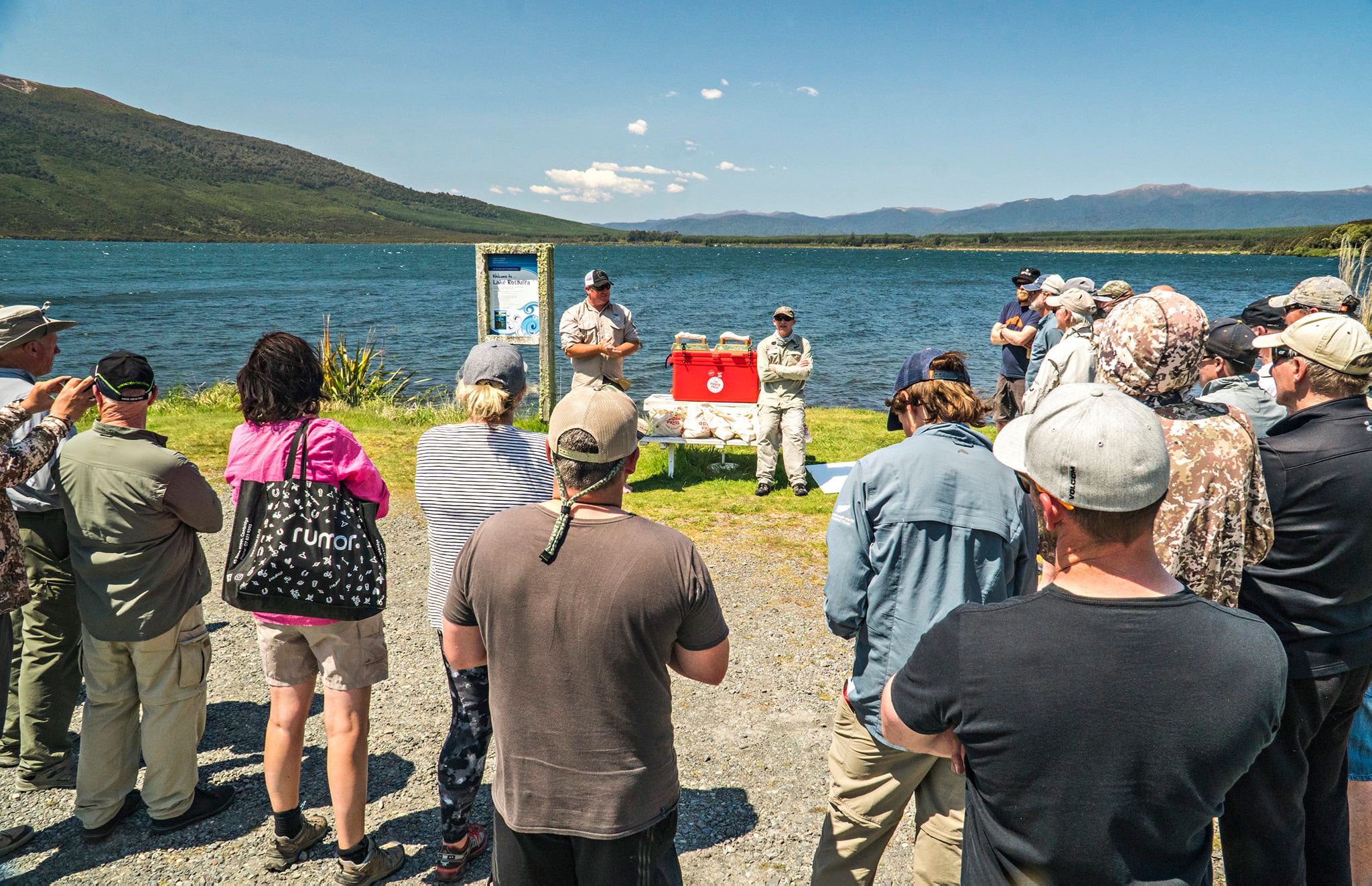 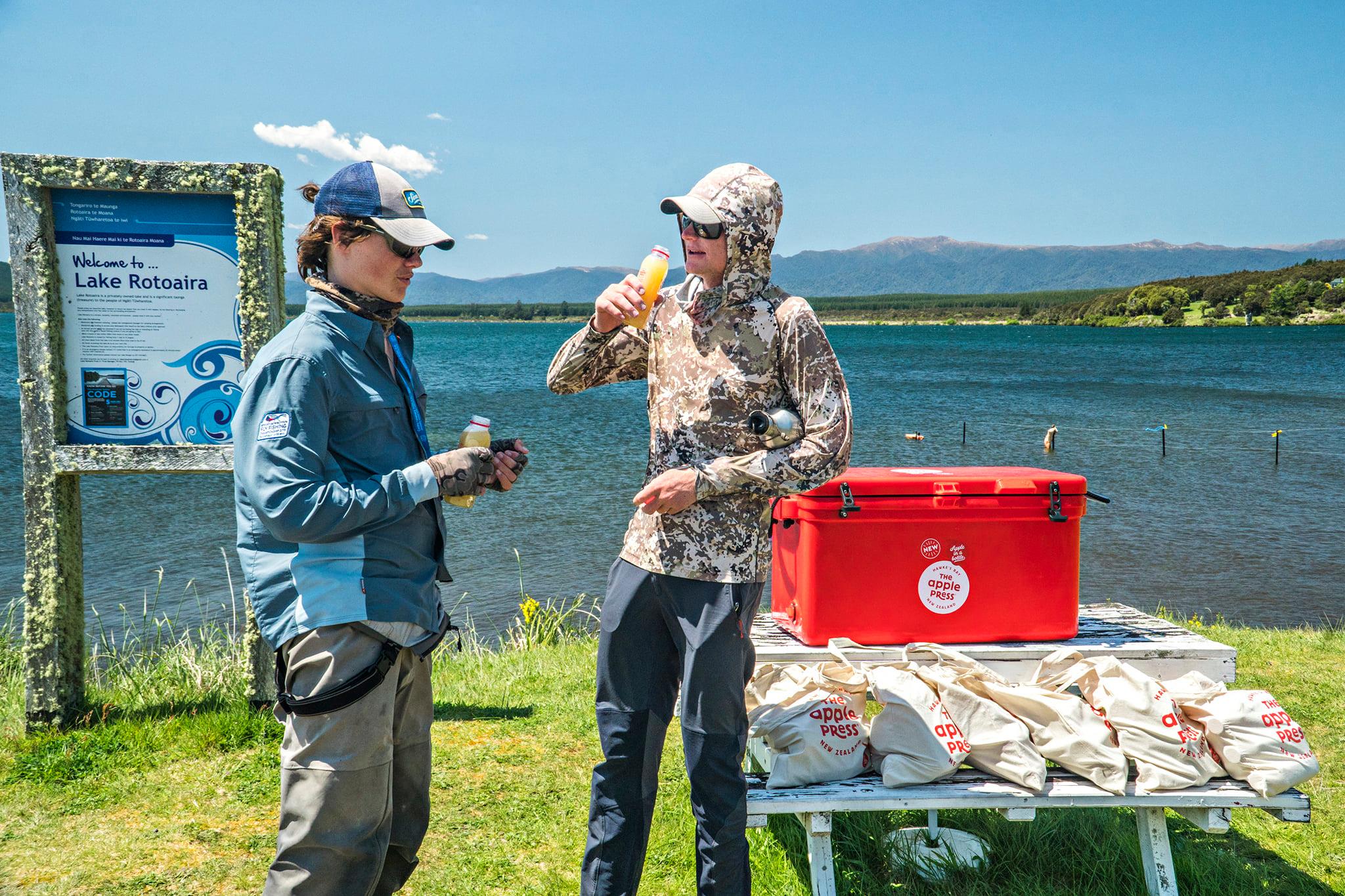 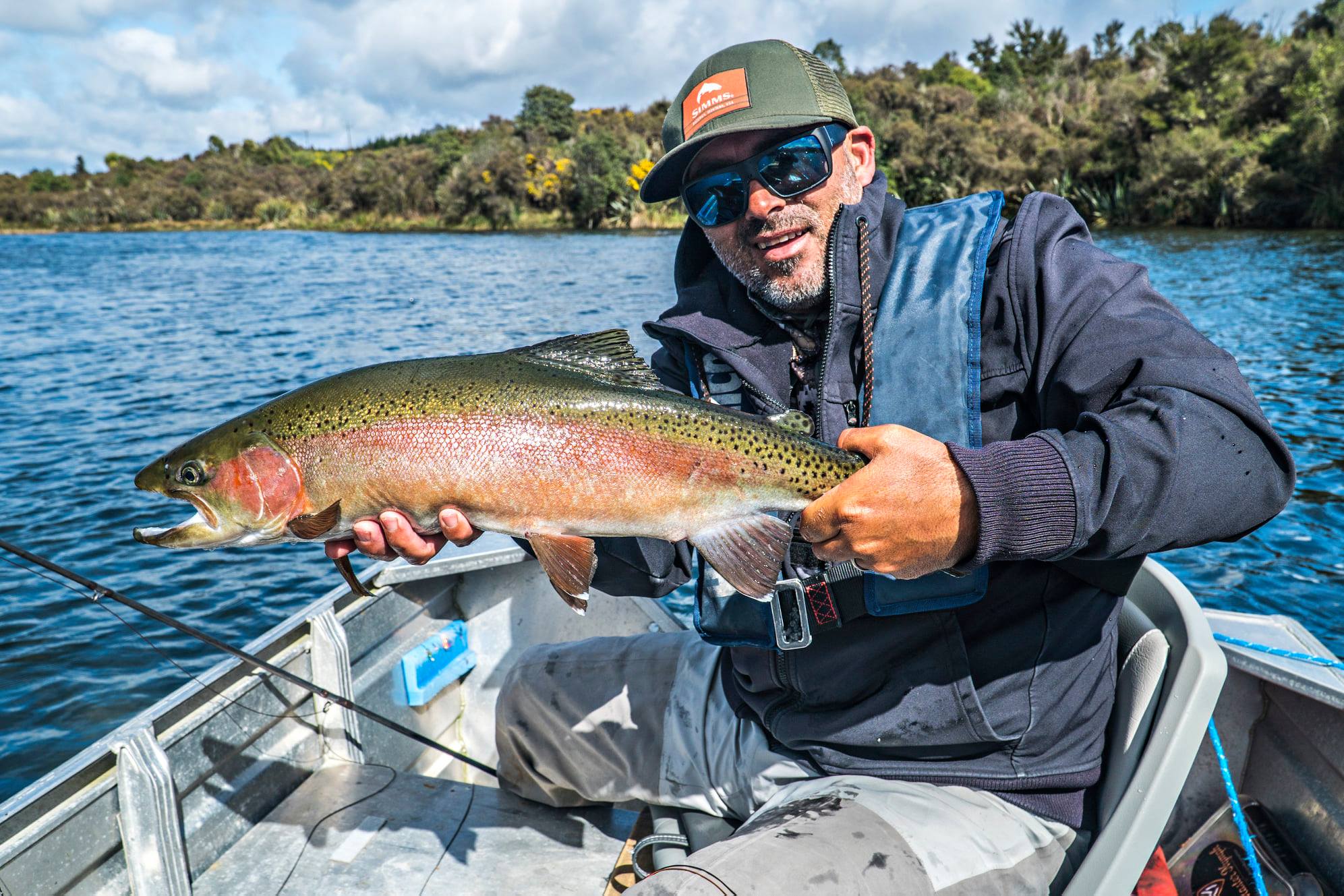