There were two teams from NZ and Aust competing along with teams from the USA and Canada.
Nicolas from the NZ Silver team won the individual gold medal, a great achievement for this young 16 old fisherman competing in his first international competition. Kiyoshi finished 4th, Steve 7th, Ian Gibbs was the best from the NZ Black team coming a credible 16th. 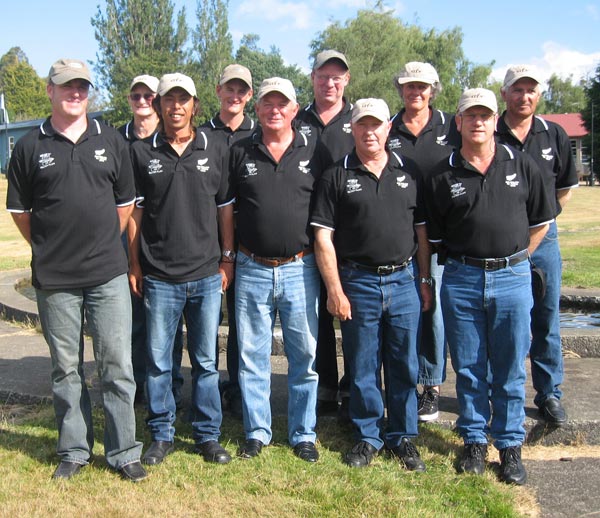 The event was held over five 3 hour sessions, on 2 rivers and 3 on lakes. The lake fishing was participially hard as the water temperature was very warm (up to 22 deg) after all the dry hot weather Tasmania has had. The key on the lakes was to catch a fish (2 was a winning score) and not blank.

The two rivers were very different; the Tyenna was a small river that in some places you needed to use size 18 flies with 2lb Airflo tippets while the Derwent was a large hydro controlled river 30mtrs wide that was full of holes waiting to catch the unwary.

There were some good catches on the rivers with Nicolas getting 13 on the Tyenna and Steve 6 on the Derwent. Pity the lakes didn't fire like they could, there were 6 blanks on one session on Dee Lagoon

Many thanks to our sponsors CD-Rods and Maui Jim, the rods were great, the new ridge lines cast so easily and the glasses made quite a difference, being able to spot fish even in the poor light conditions. 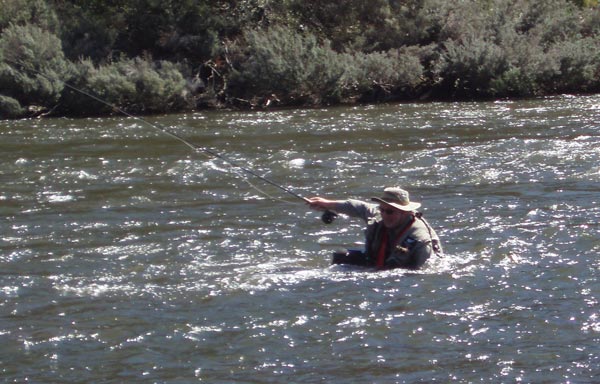 (Steve swimming on the Derwent) 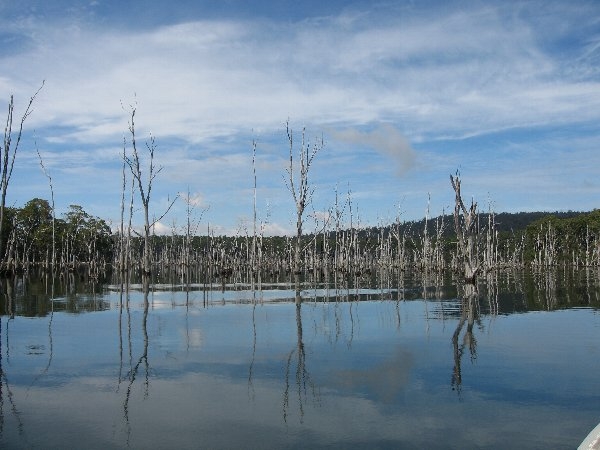