The 2008 CD SFFNZ champs were held on the 18th/19th and 20th of January on the World Championship venues based out of Rotorua. Twenty anglers fished in two groups (A & B) for the title.

The first session was on Lake Rotoaira with calm and very hot conditions and there is quite a bit of the yellow algae bloom in there. This was a tough session with 6 anglers getting no fish, Kiysohi Nakagawa was the best with 4 fish and 2 others got 3 and 3 got 2 fish

The groups switched to Lake Otamangakau in the afternoon for the second session, the fishing was a lot better with 66 fish being caught. Des Armstrong had it worked out and got 13 fish, Aaron West the next best with 7 and Dan Comer got 6. 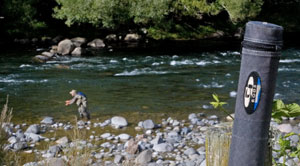 Day 2 was the river sessions with group A on the Waihou in the morning and group B on the Ohinemuri. Lloyd Struthers won group A with a great total of 23 fish, Garth plank was second with18 from several with 12. On the Ohini Paul Dewar was the best with 4 fish and Aaron second with 2 just beating Des who also had 2.

The groups switched venues for the afternoon session, Dan Regan won group A on the Ohini with 2 fish from Lloyd who also had 2, there were 5 blanks on this river as it was very low (the lowest on record since 1952) and hot. On the Waihou the fishing was great and Yoshi won with an incredible 24 fish, Ye Huang got 18 and Aaron 11 from Paul with 10. 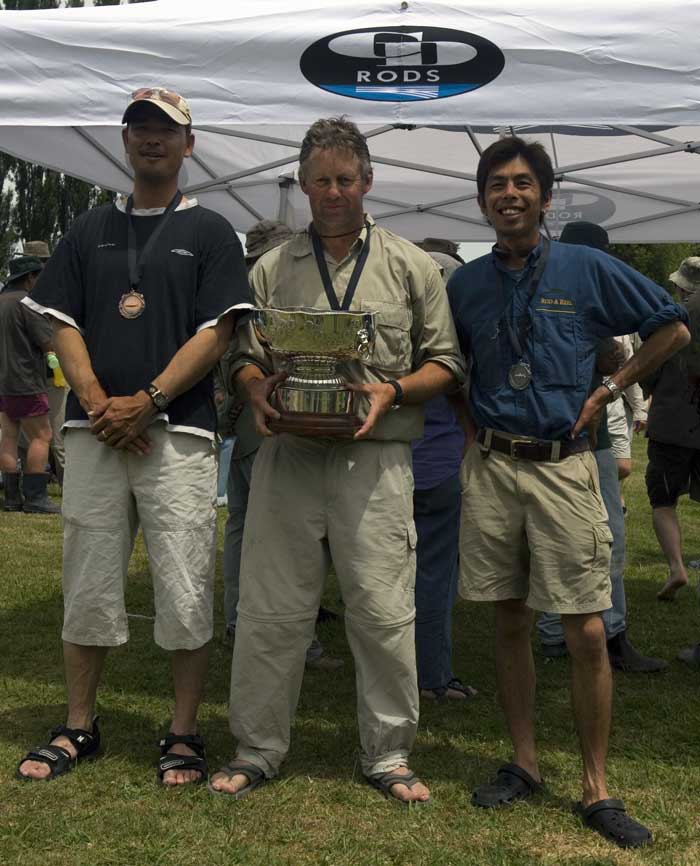 The placing’s were quite tight going into the last day on the Whanganui river with several people being in a position to win the championship.
There were a quite a number of fish caught with some in great condition up to 60cm, John Bell won group A with 13 good fish beating Lloyd who got 14 but smaller ones. Dan Comer won group B with 13 fish from Des with 11 and Yoshi with 12.
Lloyd Struthers was the championship winner with only 10 placing points for the 5 sessions, Kiyoshi Nakagawa came through to get second with 16 and Des Armstrong third with 18.

It was a great competition with a lot of fish caught on most of the venues, thanks must go to Yoshi for doing the organising and all those that helped to mark out the beats etc. 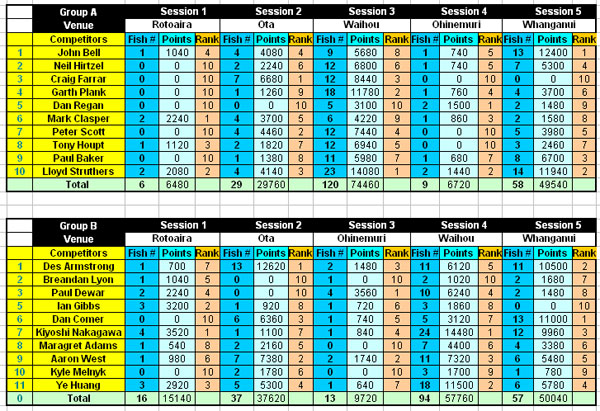 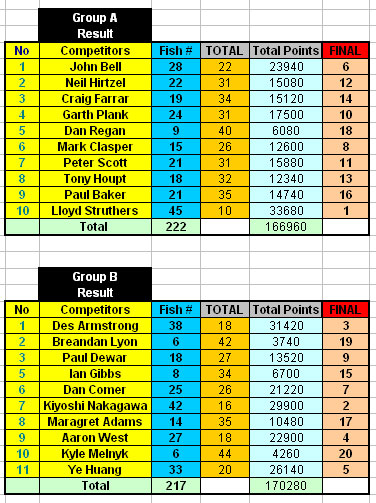