Congratulations to Cory Scott of Gisborne on taking out the Manawatu Regional Competition over Steve Brown of Palmerston North and Belinda Thomas of Auckland. This was Cory's maiden win as he prepares for the coming World Champs in the Czech Republic.

The Manawatu River which will be one of the venues for the upcoming National Champs was in stellar form producing some stunning fish, with some solid rainbows and cunning browns falling victim to the skilled anglers present.

Session 2 as masterminded by event organiser Steve Brown in an effort to force our anglers to become better dry fly competition fishers, was a nervous start as Steve stipulated that the session would be dry fly only! Which has never been held before in any NZ Fly Fishing Comp. And while most competitors were more than capable of fishing dry fly when the fish are rising, the challenge this session was to bring fish up that had not been actively rising. The results actually surprised many as more fish were caught in this second session than in the morning's session 1. Nick Lyon after his blank in session 1 redeemed himself becoming the King of the dry fly.

Sunday dawned with session 3 kicking off with a menacing front looming which managed to hold off until the completion of competition. Yet the wind played havoc on a few beats with a strong downstream wind cutting up the surface making spotting the cruising browns impossible and casting a challenge. Overnight leader Belinda Thomas who displayed great form as she also builds up to the Commonwealth Champs in England had the unfortunate circumstance of several local kids frolicking in her beat which provided tough fishing conditions and slipped on back to third place with local lad Steve Brown swinging wet flies to win the final session and move into 2nd place.

Many thanks must go out to Steve Brown for organising the event, plus Strato Cotsilinis and Craig Anderson for helping mark out the beats of which some were 1.5 K's long! To all the controllers without you these events would not happen so many thanks once again. And to the Gummer family of Paul and John many thanks for the prizes donated. And last but not least Brendon Lyon and Strato for giving up your time to run the scoring. 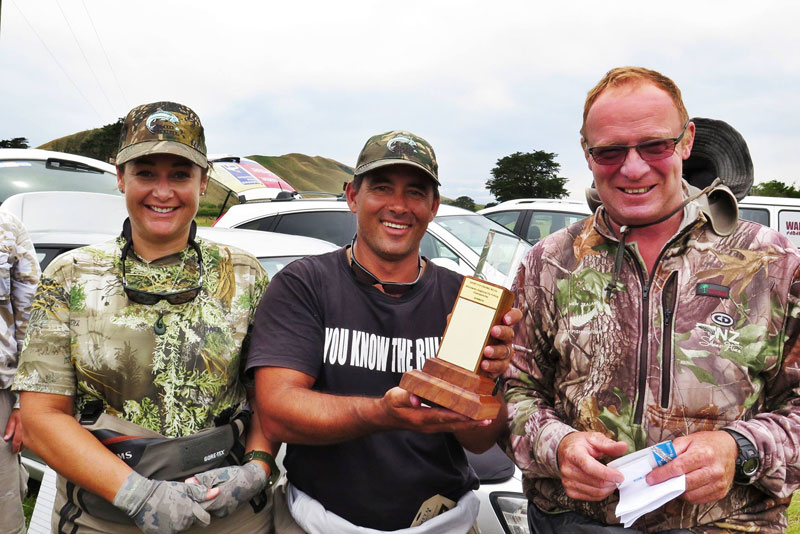