This year’s competition saw another large field of 28 competitors. After weeks of wind for practise, Saturday morning saw the lake like glass with little wind. The level was dropping and fish were rising freely.

The first session saw Cory Scott come in with 16 fish measured, from Tony Houpt in 2nd with 12 fish and Brendan Lyon 3rd with 14 smaller fish. A range of methods were used with 158 fish caught and released over the first 3 hours.

In the afternoon session the wind had started to build from the west and the lake continued to drop. Paul Baker found the right recipe measuring 11 fish for first from Johnny Bell 2nd with 7 and Tim McClew 3rd with 6 fish. At the end of the first two sessions Paul Baker led the competition by 1 point from Tony Houpt in second and Brendan Lyon in 3rd place.

Sunday morning saw the lake starting to refill however the wind was extremely strong limiting options for some of the boats. Nevertheless Lloyd Struthers managed 8 fish for 1st place from Cory Scott with 12 smaller fish and Doug Snell with 8 fish coming in 3rd.

The final results saw Brendan Lyon take out the title for 2014 with Lloyd Struthers in 2nd place and Tony Houpt in 3rd place. Roan Brooks won the prize for the largest trout being a magnificent rainbow of 62cm. 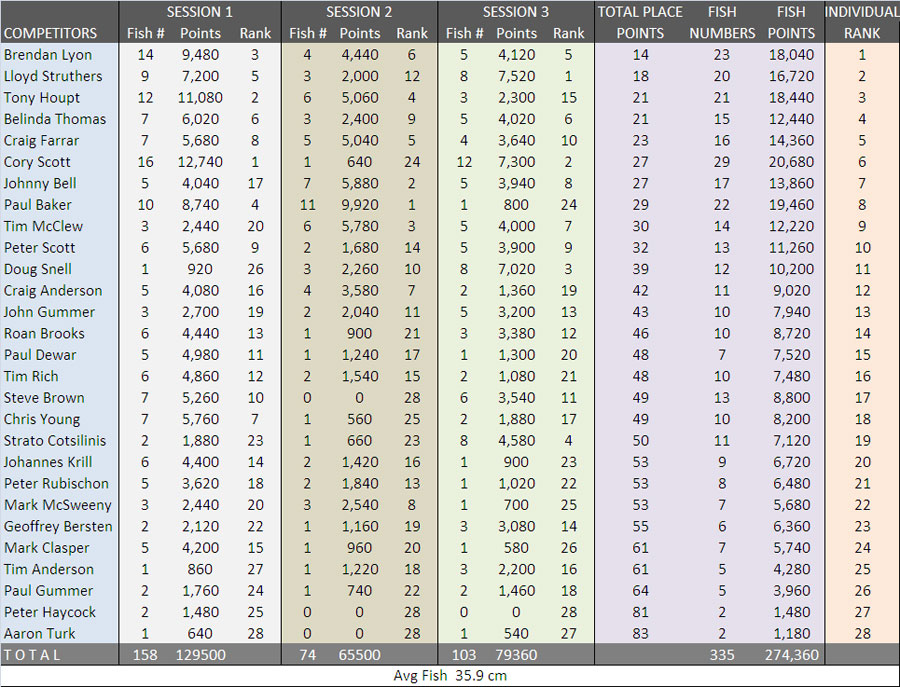 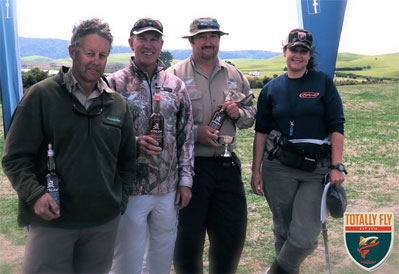