Cory Scott has made a triumphant return to competitive fishing by taking out this weekend’s Tauranga Regional River Competition.
The current river, lake and overall national champion retired from competition fishing at the end of last season but 2020’s special circumstances saw him return to battle it out in a 10-strong field on the Waikato’s Waimakariri stream. The podium placings were: 1st Cory Scott; 2nd Kriss Stravis; 3rd Tim Anderson.
“I haven’t competed in New Zealand for nearly two years and I’m supposed to be retired,” said Cory. “But I had a fish around here a couple of weeks or so ago, really enjoyed the session, and I just thought this comp’s coming up so why not give it a whirl.
“It’s been a really weird year and a lot of things haven’t gone well for me in terms of business but we’re coming out the other end of it now. So I’ve just been fishing really, been backcountry a lot, and I went down to the South Island and caught the fish of a lifetime. But competition brings out something in you that you can’t get with anything else. It’s that excitement, the adrenalin rush. You’re not catching big trophy fish but you’re competing against other people, you’re competing against the clock. You’re following people, so you’re fishing dirty water all the time, so it forces you to think outside the square.”
The weekend proved a tough one for many with a lot of low scores returned. It was a situation where Cory felt his international experience proved beneficial and ultimately allowed him to pick up a trophy he has won on four previous occasions.
“One of the big things you learn when you fish internationally is that it’s all about the mind game. It’s the top two inches which makes the difference. Everyone at the world championship level is already a good angler so it’s about controlling your emotions and your mind. I had a tough third session. I knew it was going to be tough but you have to remain focussed. I dropped a really big fish which would’ve cemented the win and that drove me into a bit of a rut for a while. But with the experience I’ve got I was able to pull my headspace and focus back into line and managed to pick up a couple of buzzer beater fish in the last two-and-a-half minutes of the session.”
Competition organiser, and last year’s Tauranga Regional winner, Tim Anderson said the fishing on the Waimakariri at the moment was tough.
“It was a challenging competition as the fish are not evenly spread throughout the river, which made it difficult,” said Tim. “It’s probably fishing as hard as I’ve seen it in recent years but the thing is the good anglers always come through and challenge.
“It was a really good weekend though all in all and a great competition. It’s a pity we didn’t have a few more entries but I know with the rearrangement from the original date some people had already made other plans or had other commitments on this weekend.”
The competitors thanked Tim for a really well organised and run event. 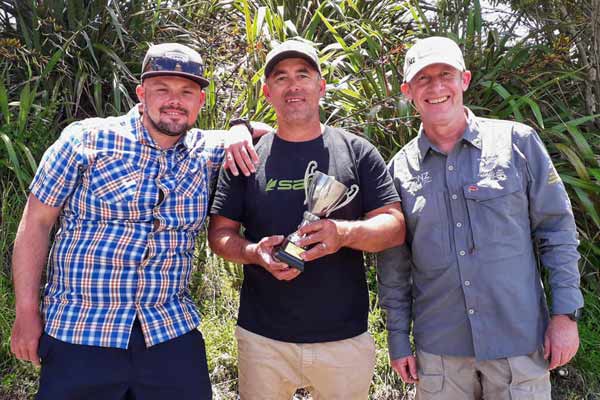 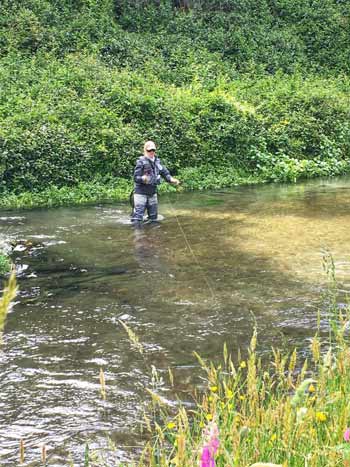 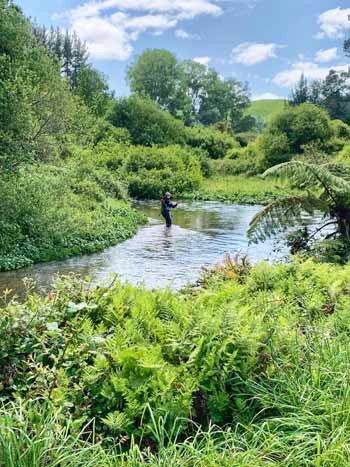 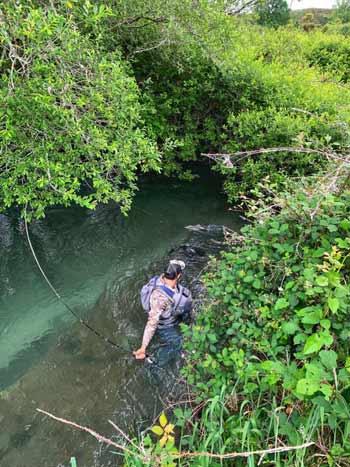