he inaugural Wairarapa Regional was held on the 16th November on the Kourarau Dam.

This was a bank fishing competition with several competitors from Auckland, Gisborne and Hawkes Bay entering.

The day started fine with a light westerly wind. Each session gave anglers two random beats to make the competition as fair as possible.
Session one saw Cory Scott, Belinda Thomas, Tony Houpt and Lloyd Struthers all with two fish leading the way. It became apparent that the fishing was going to be tough, particularly in the later sessions.
The second session proved this to be the case, as fish numbers decreased, with Graham Evans managing two fish to win the session.

The final session saw a couple of anglers work out how to catch these spooky trout with Tony Houpt landing four and Cory Scott three.

All fish caught were rainbows, in particularly good condition, with several over 50cm.

The secret was to catch at least one fish in all three sessions. The results came in with Cory Scott winning from Graham Evans in second and Paul Baker third.

Thanks to the sponsors Rod and Reel,to organiser Graham Evans and the controllers 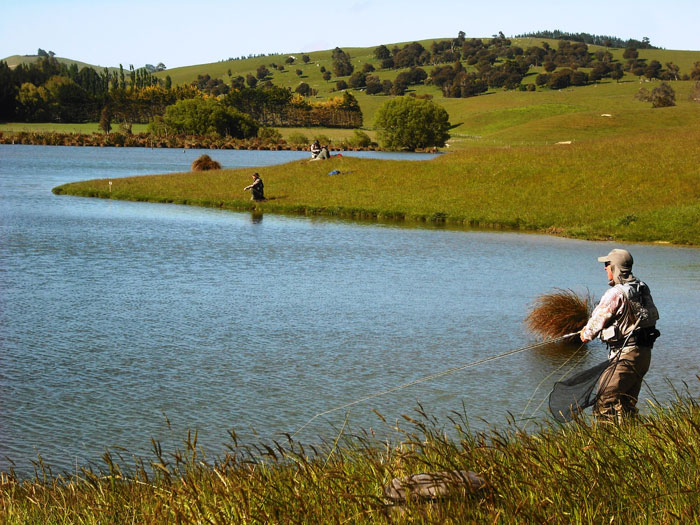