For details on the champs visit wffc2018.com 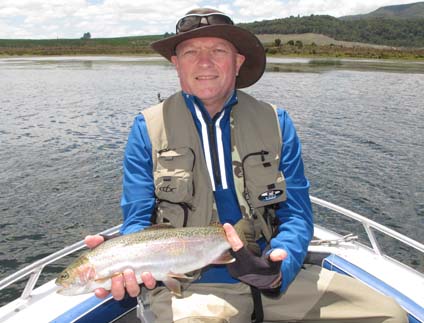 Tadek Gawor is the Team Manager for the SFFNZ Team to 38th FIPS-Mouche World Fly Fishing Championship in Italy in September 2018.

Tadek is an ameteur fly fisherman and was introduced to fly-fishing in 2006 and ever since he has experienced fly fishing around Wellington, Wirarapa, Rangatikai, Ruapehu and Taupo regions of New Zealand. Tadek enjoys trout fishing on New Zealand lakes and rivers. Recently Tadek moved to live and fish in Matarangi, a picturesque seaside resort in the Coromandel Peninsular. The new location proved to be a great base for sea fishing and experimenting with fly fishing for kahawai…a strong fighting fish, offering a hugely rewarding experience to an angler.

Tadek joined SFFNZ in 2013, an organisation with an aim to promote sports fly fishing in New Zealand. Tadek has competed and/or assisted as a controller in several SFFNZ regional and national championships. He was the Team Manager for the SFFNZ Team to the 34th FIPS-Mouche World Fly Fishing championship in 2014 Czech Republic.

Originally, Tadek comes from Kraków (Poland). He is married to Maria and has two adult children, Piotr and Dominika. He has now lived and worked in New Zealand for 37 years (Wellington, Auckland, Palmerston North and now Matarangi). He has lived and worked in the USA and Australia. Tadek is now retired. His professional background includes 20 plus years of Senior Management and Business Consulting experience. He continues to be a shareholder and a director of a recruitment business he co-founded in 2003. 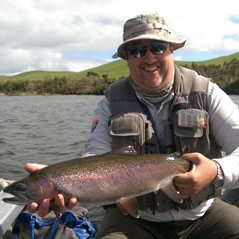 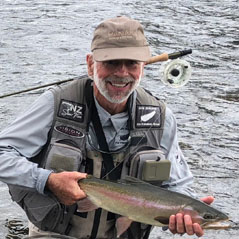 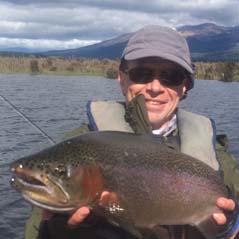 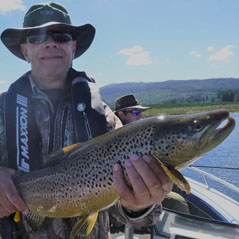 Paul grew up in South Canterbury with a small trout stream at the back door. Fishing has been a big part of his life - on streams with light spinning gear, salmon fishing on the Rangitata River, and family holidays at Lake Ohau, trout fishing was always part of family activties. His father, uncles and grandfather were all fly fishermen.

Paul is an honorary life member of the Wellington Fly Fishers Club. He was also on the Executive Committee of the New Zealand Federation of Freshwater Anglers from 1991 through to 1996. He has organised the SFFNZ Wellington Regional Fly Fishing competition since 2004.

His wife, Judy, is a competent flyfisher, and his two daughters Megan and Rachel have the occasional fish when on holiday at the family’s second home in Turangi. In addition to his fishing, Paul supports his daughter Rachel at many of the multi-sport events that she participates in. 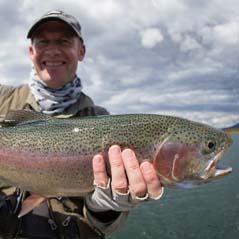