After both the Lake Nationals and the River Nationals, Dan Comer took out the SFFNZ National Champion title for the second year running, a 1st place at the Lake champs and a 5th at the Rivers gave him 6 points to win overall.

Lloyd Struthers had a 5th and a 3rd for second place and Tony Houpt a 8th and a 2nd for third place.

The new format of separate championships for Lakes and rivers has worked well with record numbers of anglers competing and some choosing to only compete in one or the other. 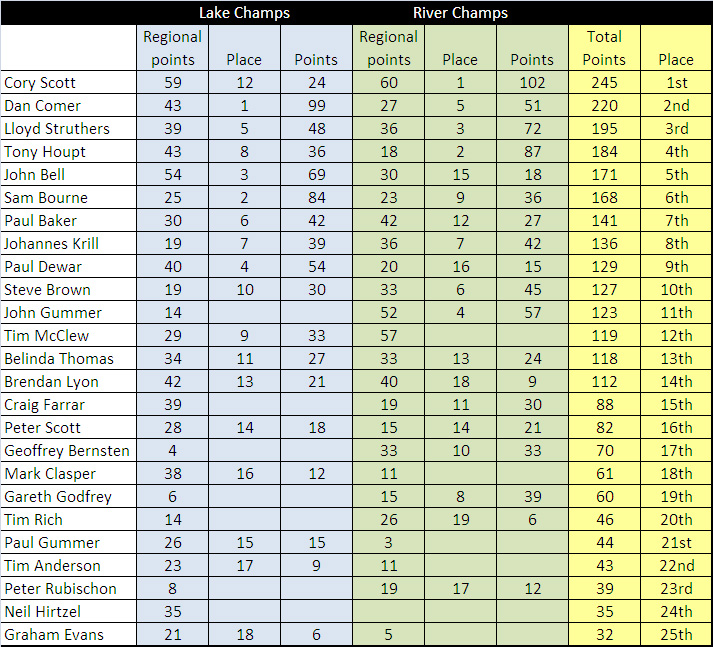 What a competition, Tony Houpt kicks it off one the first session with an amazing 74 fish on the Tukituki (33 was only good enough for 8th place) and then Cory Scott gets 53 on the Manawatu in the second session.

Tony continued his winning ways to get 43 for the 3rd session and the 45 for the last one on the Manawatu. Cory’s 43 to win his group on the Tuki for the third session and 20 for the 5th on the last gave him three wins and 5th to just beat Tony with 3 wins and an 8th.

A really great comp with 2248 fish caught for the 12 hours of fishing, thanks to all the controllers who did a great job and were kept busy chasing fisherman (and woman) up and down the beats to record their fish. 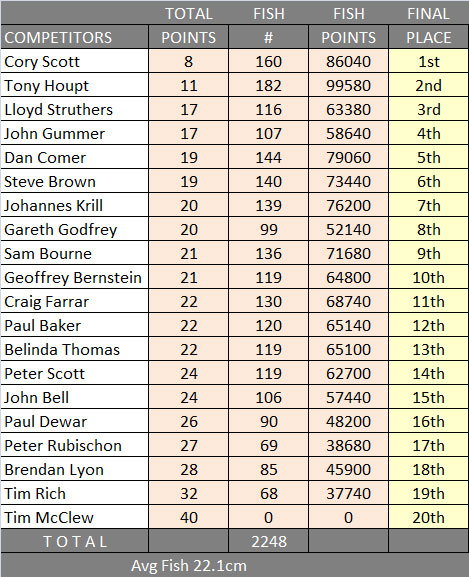 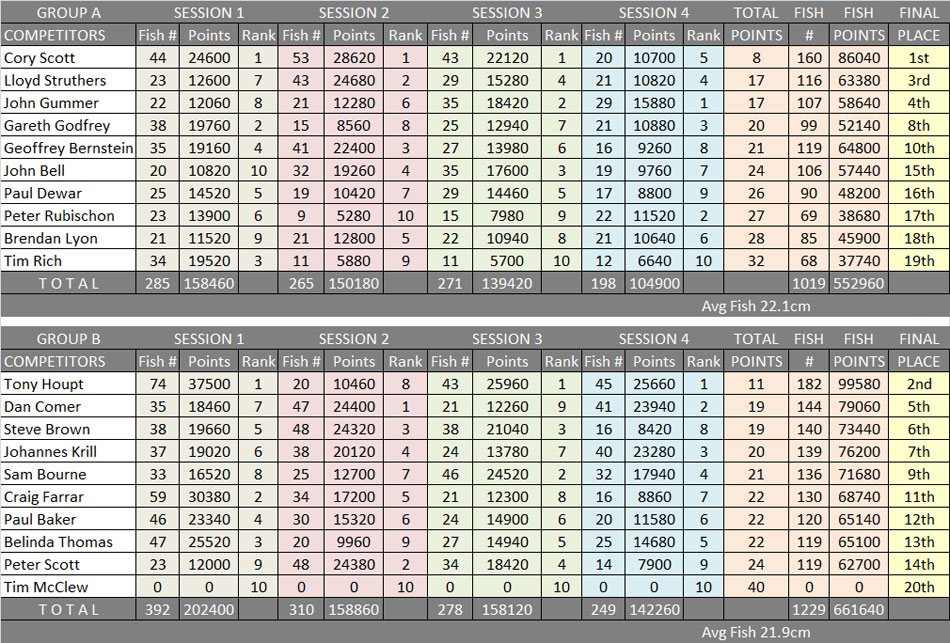 The inaugural 2015 National Lake Championships were held over the weekend of 20 to 22 March.

The level of Kuratau was very high for the first session where sunshine and light breezes welcomed the 18 competitors. Fishing was relatively tough although Dan Comer proved the exception with 14 fish, leading the way from Brendan Lyon in 2nd place and Sam Bourne in 3rd.

The second session on Saturday,, was fished at the eastern end of Lake Rotoaira. Lloyd Struthers won this session with 9 fish from Paul Dewar with 7 and Sam Bourne again in 3rd with 6 fish. The afternoon session was fished at the other end of the lake and the conditions were still fine with a light northerly breeze giving the boats some well needed movement. Dan Comer won this session with 12 fish from Sam Bourne and John Bell equal in second place. At the end of 3 sessions Sam Bourne led from Paul Dewar and Dan Comer equal in second. The final day and session saw the competitors move back to Lake Kuratau. The weather was again fine and calm and the level exceptionally high making fishing difficult for most. Belinda Thomas won the session with 10 fish from John Bell with 6 fish and Steve Brown and Johannes Krill equal in 3rd with 6 smaller fish.

The overall results saw Dan Comer take the title from Sam Bourne in 2nd and John Bell in 3rd. The biggest fish was a 63cm rainbow caught on Kuratau by Tony Houpt.

Thanks must go to the organisers and scorers who arranged a fantastic event. The Lake Rotoaira Trust Board must also be acknowledged for allowing the use of their lake and the Department of Conservation for coordinating our bio security responsibilities when moving between lakes. 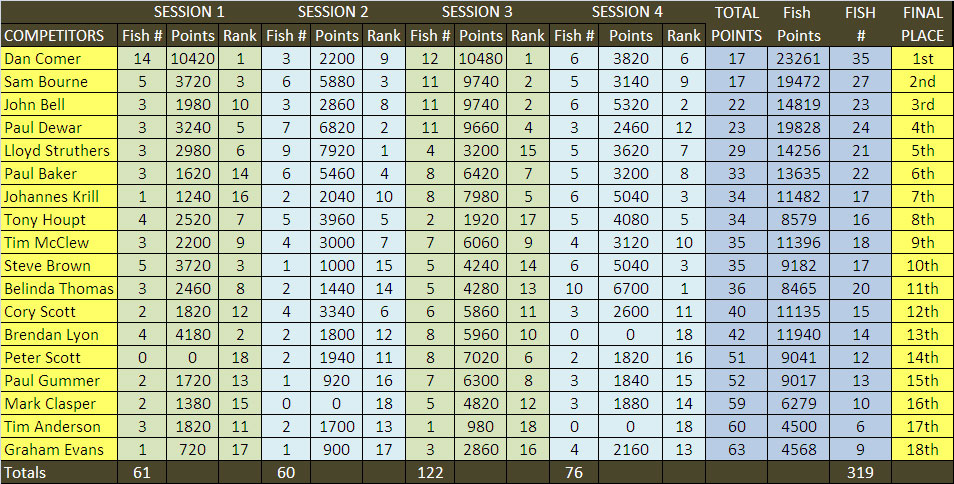