Tukituki River 1st & 2nd February 2020. The Hawkes Bay Regional champs were held over the weekend. Congratulations to Johnny Bell who was consistent in all three sessions to win the competition and the trophy. Second place went to Johannes Krill and third place to Tim Anderson.

Despite the hot days, water temperatures remained within acceptable limits (SFFNZ ae in contact with F&G on these matters at this time of year). For example, the water temperature after Session One on Saturday was 18 degrees. Fish were seen throughout the venue and were actively feeding and moving around.

Fish & Game recommended that we use the Czech system (catch a fish show then release, no measuring in a tray etc) with one point per fish so that fish are put back quickly. This was especially useful where fish caught can just be held in the net for the controller to witness and then returned. Bigger fish are selectively measured as this is what can decide a tie break, there were measured quickly and returned safely.

Scoring involved adding up the placing points. When two or more anglers had equal placing points, their total number of fish over the three sessions were used to differentiate them. And when scores were still level, the total cms of their two longest fish that were measured were used to adjust final placings.

The water was clear and stealth was required in many situations. Fish were caught with a range of methods including Euro style, dry/dropper, wet fly and dry fly. There were fourteen anglers fishing this angler-controlled comp. Quite a few sessions produced blank sessions.

Huge thanks to Lloyd Struthers for marking out the beats – this took a few days of his time to sort out and required some changes as the number of entrants changed in the few days leading up to the comp. Thanks too to Hatuma Café for allowing us to use their grounds as a base and for providing lunches. Also thanks to Paul Gummer for all his work in organising this event. Thanks to all the competitors for your support and good humour over the weekend! 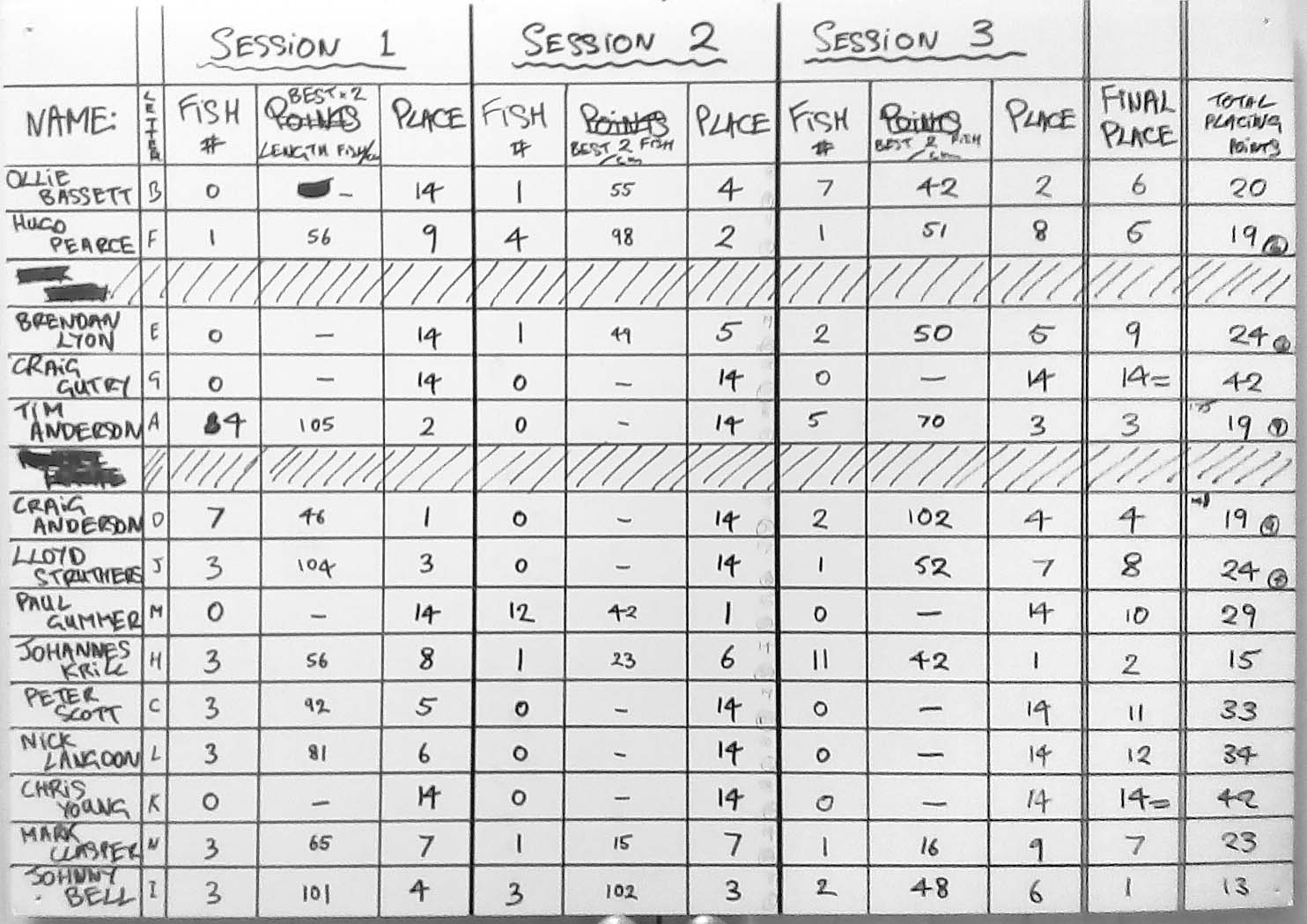 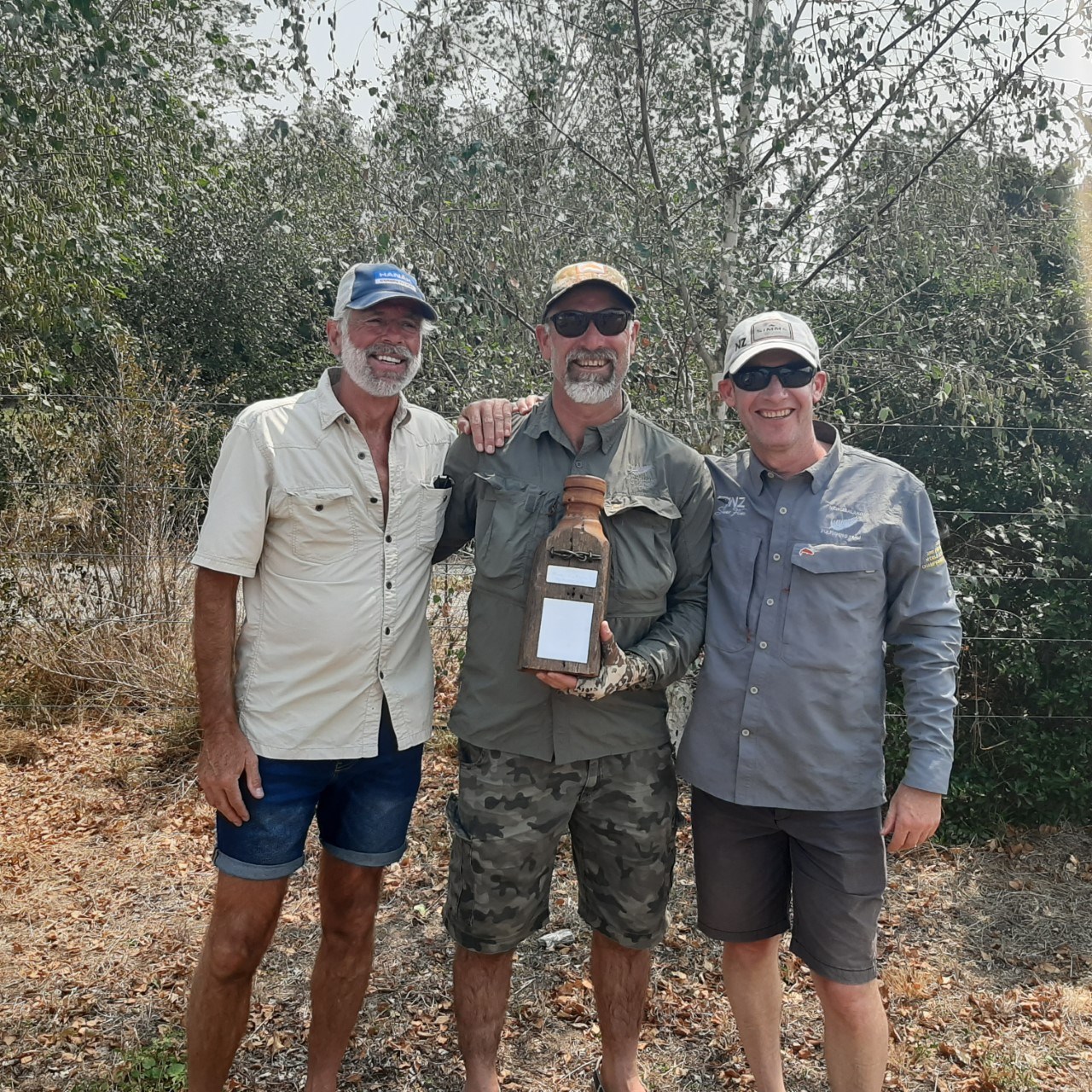