I would guess that about 10 liters of sunscreen were applied over the weekend of the Lake Kuratau competition. It was superb holiday weather and didn’t seem to affect the trout within. One advantage was the ability to cast to ‘sighted’ fish boiling on the glassy surface which many benefited from. The obvious disadvantages were usually those of personal comfort and sunburn. A lack of wind over most of the competition had pro’s and con’s, but could be used to advantage around the sticks. A lack of drift in other areas made it difficult to cover water and locate fish. The indistinct light breeze seemed to spin from different directions, so well done to the skippers for handling that and keeping drifts on line.

20 anglers turned out to fish and represented the entire spectrum of angling experience, with the top end of talent represented in a higher number. Session one saw a sunny lake with little in the way of wind until the last half hour. The sticks at the top of the lake were popular as were the southern bays. The northern bays had fished beautifully on the Friday morning with fish rising in abundance and taking flies well, so a few boats made for that area. 87 fish were caught over the session, with Brendan Lyon measuring 16 for first place. In second was Nick Lyon with 10 fish, from Tony Houpt in third, also with 10 fish. Brendan caught the longest fish of the competition this session with a whopper of 58 cm and together the Lyon brothers accounted for 30% of the fish measured.

The second session held similar conditions and similar placings. Tony took first place with 15 fish and Brendan took second with 10. Tim McClew came a close third place with 9 fish, 2 of which were the only brown trout caught. 101 fish were measured in this session, and Sam Bourne caught the longest fish of 57 cm, which towed him around a fair bit!

Sunday was potentially even warmer than Saturday and the lake had risen considerably overnight obscuring most of the sticks that had been visible on the previous day. In addition we were almost becalmed until the last 20 minutes of the session when a good breeze got us on the move. Of the 69 fish measured John Bell staged an awesome come back and cleaned up first place with 10 fish. Yoshi Nakagawa took second place from Tim McClew, both with 6 fish. Tony also caught 6 fish, so it was a tight round in scoring. Nick landed the longest fish off 55 cms, which he really had to put the brakes on to keep out of the sticks (something his boat partner that session really needs to work on!).

Well done to Tony for taking first place overall. He placed consistently over the weekend showing considerable ability and staged a great campaign. The same must be said of Brendan who took second place. In third place was Nick, which completed The Legend of the Lyon’s. Yoshi took fourth place and Tim McClew came in for fifth place.

Thank you again to Yoshi Nakagawa for his organisation and running of the weekend, it’s a tremendous effort and hugely appreciated. And all completed seamlessly between competing, taking fourth place and about 300 photos. John Dibley’s waterproof score sheets were a hit again too, thank you for those. And thank you too to all of those who entered, particularly those who made their boats available, clearly we need them!

Several things stood out to me over the weekend, but none more so than the culture that is becoming increasingly apparent in our sport and benefiting both individuals and ourselves as a community. Open fly boxes and no secrets seem to be the way for us to proceed and develop into a group of strong anglers who can hold their own internationally as well as to develop our sport within New Zealand. The Six Sigma business process describes a ‘virtuous circle of continual improvement’ based on problem solving. It well describes how talented, experienced and novice anglers help themselves and others to progress. Simply sharing a boat with another angler competing in the same water provides a wealth of information, but the open and honest conversations over the weekend and the camaraderie that exists are potentially our biggest asset.
Belinda Thomas 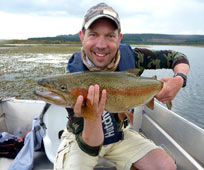 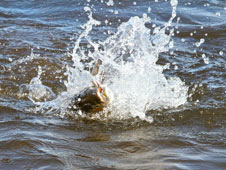